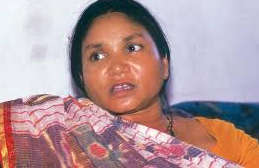 Phoolan Devi (10 August 1963 – 25 July 2001), popularly known as "Bandit Queen", was an Indian bandit and later a politician. After becoming estranged from her family, a young Phoolan became the moll of the leader of a group of a bandits. During an internecine struggle for gang leadership, her paramour was killed and Phoolan was raped. She then took up banditry in her own right and became the leader of a section of the divided gang....Read more on about Phoolan Devi horoscope