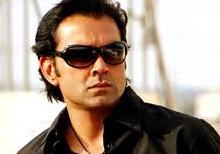 Bobby Deol are an eternal optimist, and events of the year will further strengthen Bobby Deol's optimistic instincts. Bobby Deol can do reasonably well if Bobby Deol time Bobby Deol's investments intelligently based on the best periods hinted for Bobby Deol's sign. All round cooperation and happiness can be the reward from Bobby Deol's loved ones and associates, victory over opponents and pleasant functions such as marriage or romantic situations parties are also the likely outcomes. Family atmosphere will be quite satisfactory.

This is a period of mixed results for Bobby Deol. In this period Bobby Deol will suffer due to mental stress and strain. Bobby Deol may face problem in Bobby Deol's business partnerships. Financially the period is not so good. Journeys will not be fruitful. Risk taking tendencies could be curbed totally. Bobby Deol can get into conflicts with Bobby Deol's dear ones so better try to avoid these kinds of situations. However, this is not a good period for love and romance. Bobby Deol should be very careful in love and relationship as it can bring disrespect and loss of honor to Bobby Deol.

This period brings Bobby Deol success in all comings and goings. Some form of pleasant culmination in Bobby Deol's professional life brings rewards and recognition. Happier period for recreation and romance. Bobby Deol's brother and sisters will flourish this year. There will be an increase in Bobby Deol's income due to Bobby Deol's own efforts. Family life shall be quite happy. An exciting job offer, reward, recognition, or promotion is very possible. Bobby Deol will buy gold items, and precious stones. In general, Bobby Deol will get on very well with friends/associates and people from different walks of life.

The only pitfall that Bobby Deol should avoid this year is overconfidence. There could be increased expenditure due to spending on home or health issues of family members. Try to be more responsible in Bobby Deol's attitude towards family relationships. There is a possibility of others exploiting Bobby Deol's vulnerabilities leaving Bobby Deol emotionally shattered later. There may be distress due to Bobby Deol's life-partner or problems in love life. Travels will be futile and will result in losses.

New areas Bobby Deol explore this year could be loss generating as there could be steady rise in expenses which might not yield direct gains or any long term position. There may be trouble from the enemies and legal problems. Bobby Deol will be able to continue with existing line of work & remain low profile and stable in Bobby Deol's outlook. The outlook for gain should be short term only. Medium & long term projects are better started. There may be problem s related to Bobby Deol's eyes. Bobby Deol's friendship with the opposite sex will not be cordial plans of making quick money should be scrutinized first. There can be problem to Bobby Deol's girl friend/ boy friend.

Bobby Deol desire a deeper connection and emotional bonding with Bobby Deol's family, exploring the ideas Bobby Deol have learned from Bobby Deol's parents. Harmony in family life is assured. Having high personal values, and being very idealistic, are just some of the reasons why Bobby Deol attract so many gifts and blessing from others. So much of Bobby Deol's energy will be giving more to Bobby Deol's personal relationships and partnerships. The changes Bobby Deol experience in Bobby Deol's life will be deeply felt and lasting. Bobby Deol will come into contact with higher officials and authorities. Bobby Deol's fame and reputation will be on an increase. Bobby Deol may trade Bobby Deol's vehicle for a better one or for the profit.