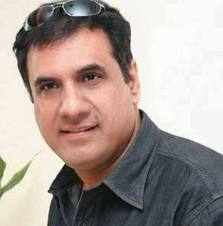 If in a job, the year will begin very aggressively .There will be dynamism & growth. However work environment will remain stressed and there could be controversy & issues with superiors. In general this period is not very good as very close associates, friends and family members may appear distant. Not much change is expected or recommended. Boman Irani's attitude and habit of using foul language may create tensions with Boman Irani's near and dear ones. Therefore, try to control Boman Irani's words.

This is a period of financial stability for Boman Irani. During this period Boman Irani can work over Boman Irani's hopes and ambitions and give them a better shape. This is a favorable time for love and romance. Boman Irani will develop new friendship which will be very rewarding and helpful. Boman Irani will enjoy respect and honor from learned people and will be quite popular with the opposite sex. Long distance travel is also indicated.

Success in examinations, or promotion, or increased recognition in occupation is assured. Increased corporation from the family is seen. Help from people who live in faraway places or foreign associates. Boman Irani may get a new assignment which will be very beneficial to Boman Irani. Boman Irani will have tremendous confidence to handle any kind of adverse situation.

New investments & risks should be totally avoided. There could be hurdles & hassles during this period. If working as a professional, the year will see progress, but only if Boman Irani work hard and keep a long term & stoic attitude. There would not be no shortcut to success. Boman Irani should work on keeping a stable and steady nature for better results. Work environment could be stressed and erratic as the year opens. Boman Irani should avoid new progress or high activity during the period. Health problems may not permit Boman Irani to keep Boman Irani's promises on the positive side of this period. Health needs a check and problems due to fever is most likely.

Boman Irani are an eternal optimist, and events of the year will further strengthen Boman Irani's optimistic instincts. Boman Irani can do reasonably well if Boman Irani time Boman Irani's investments intelligently based on the best periods hinted for Boman Irani's sign. All round cooperation and happiness can be the reward from Boman Irani's loved ones and associates, victory over opponents and pleasant functions such as marriage or romantic situations parties are also the likely outcomes. Family atmosphere will be quite satisfactory.