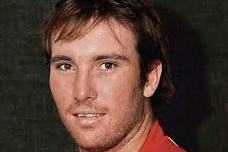 Good harmony and understanding is indicated in family life. This is a good time to expand Brendan Taylor's knowledge, learn something from colleagues. Good relations with friends or foreigners will be fruitful. The will be gain of land. Brendan Taylor will do charitable deeds. Brendan Taylor's children will also be successful and bring happiness to Brendan Taylor. A wonderful life is waiting ahead for Brendan Taylor.

Brendan Taylor should learn to relax to avoid unnecessary mental stress when things seem to be stagnating at the professional front. Resist the urge to change jobs on an impulse driven by feelings of disappointment or frustration. This is also a period which can create troubles or messy situations due to carelessness or negligence creating worries and unnecessary troubles. Health requires immediate attention as injuries and accidents and on the card. There will be disturbance in the family life and also Brendan Taylor should be careful of the sex diseases.