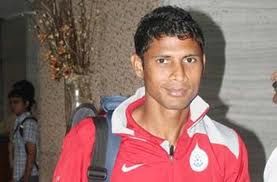 Increase of income position and bank balances will improve. This is a good time to start new ventures. This transit indicates new friendships and relationships and gain through them. Previous work, as well as newly starting works will bring good and desired results, Denzil Franco's cherished desires will be fulfilled. Denzil Franco may get into new trade or get new contracts. Help from superiors or people in responsible or influential positions can be expected. Over all prosperity is also indicated in this period. Denzil Franco need to pay special attention to the relationship with Denzil Franco's life-partner and some caution is required there.

If in a job, the year will begin very aggressively .There will be dynamism & growth. However work environment will remain stressed and there could be controversy & issues with superiors. In general this period is not very good as very close associates, friends and family members may appear distant. Not much change is expected or recommended. Denzil Franco's attitude and habit of using foul language may create tensions with Denzil Franco's near and dear ones. Therefore, try to control Denzil Franco's words.

Be careful while dealing with friends, relatives or associates, as chances of disputes are very much there. This will not be a good time for business and there are chances of sudden loss financially. Expenditure on secret activities is possible. Denzil Franco may suffer due to mental stress and strain. Injuries and wounds are on the card during this period, so be careful especially while driving.

New investments & risks should be totally avoided. There could be hurdles & hassles during this period. If working as a professional, the year will see progress, but only if Denzil Franco work hard and keep a long term & stoic attitude. There would not be no shortcut to success. Denzil Franco should work on keeping a stable and steady nature for better results. Work environment could be stressed and erratic as the year opens. Denzil Franco should avoid new progress or high activity during the period. Health problems may not permit Denzil Franco to keep Denzil Franco's promises on the positive side of this period. Health needs a check and problems due to fever is most likely.

There will be good luck and good stability of the mind which would help live a positive and easy life at home. Good level of gains could come from spouse. It's an excellent year for travel, higher education, communications, venturing into new enterprises; profession etc. synchronization in family life is secure. This period may bring disagreements and even enemity with hith and kins and relatives. Denzil Franco will get good results professionally. Overall the period will be good.