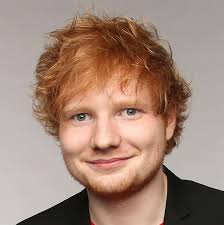 The period opens with a difficult phase in career. A dip in activity & opportunity will be experienced, although there could be rise in irrelevant activity in career. New investments or risky deals should be avoided as there could be chances of losses. It will not be advisable to commence new project or make new investments. Ed Sheeran should avoid getting aggressive with Ed Sheeran's superiors. It would be better to use Ed Sheeran's own skill and caliber other than thinking of taking help from others. Possiblity of theft or loss of money due to some other means is also there. Take proper care of Ed Sheeran'sself and Ed Sheeran's family members. Ed Sheeran may also receive bad news regarding some one's demise.

However, Ed Sheeran should avoid stretching Ed Sheeran's luck too far.Â  There could be some cash crunch due to Ed Sheeran's locking money in various channels. Health problem may also disturb Ed Sheeran. Especially Ed Sheeran will be troubled by cough, phlegmatic problems, eye-sour and viral fever. Be careful while dealing with friends, relatives or associates. Travel may be fruitless and therefore should be avoided. Dispute over small issues is also on the cards. This is also a period which can create troubles or messy situations due to carelessness or negligence. Journeys should be avoided.

If in a job, the year will begin very aggressively .There will be dynamism & growth. However work environment will remain stressed and there could be controversy & issues with superiors. In general this period is not very good as very close associates, friends and family members may appear distant. Not much change is expected or recommended. Ed Sheeran's attitude and habit of using foul language may create tensions with Ed Sheeran's near and dear ones. Therefore, try to control Ed Sheeran's words.

This is a mixed period for Ed Sheeran. Ed Sheeran can attract some influential people who will be ready to assist Ed Sheeran in realizing Ed Sheeran's projects and plans. Ed Sheeran will not wait long to receive a fair compensation for Ed Sheeran's hard work. There may be problems and distress due to siblings. Ed Sheeran should pay attention to Ed Sheeran's parent's health as there are some signs of their ill health. There is probability of visiting places of religious importance. This is also an excellent year as far as money matters are concerned.

Very successful and perspective period is waiting for Ed Sheeran ahead. Creative approaches and opportunities for additional earning are on the cards. Ed Sheeran will share a very good rapport with seniors and supervisors. A marked increase in Ed Sheeran's income is indicated. There will be expansion of trade and increase iof reputation. Overall this is a period of all round successs.

Ed Sheeran should avoid complacency and easy-going attitudes, tone down the flashier side of Ed Sheeran's nature, and get back to old-fashioned hard-work in an attempt to succeed in life. Financially it will be a difficult period. Ed Sheeran may have to confront theft, scandals and disputes during this period. Ed Sheeran will find increased work-loads and heightened levels of responsibility at work. This is considered somewhat a bad period for health. Ed Sheeran can face ear and eye troubles. Ed Sheeran's life-partner can also have health issues. Ed Sheeran's peace of mind will remain disturbed.

New investments & risks should be totally avoided. There could be hurdles & hassles during this period. If working as a professional, the year will see progress, but only if Ed Sheeran work hard and keep a long term & stoic attitude. There would not be no shortcut to success. Ed Sheeran should work on keeping a stable and steady nature for better results. Work environment could be stressed and erratic as the year opens. Ed Sheeran should avoid new progress or high activity during the period. Health problems may not permit Ed Sheeran to keep Ed Sheeran's promises on the positive side of this period. Health needs a check and problems due to fever is most likely.

Ed Sheeran enjoy sharing Ed Sheeran's musical talents, and creating a new musical piece is a very strong possibility. Ed Sheeran can be very successful in expressing Ed Sheeran's higher principles, whether it is work related or community oriented. Expect monetary returns when Ed Sheeran put Ed Sheeran's ideas into practice. Money will definitely be coming Ed Sheeran's way and will greatly influence Ed Sheeran's personal beliefs, dreams and philosophies. Ed Sheeran's enemies will not be able to prevail over Ed Sheeran. Overall, happiness is assured in this period. There will be addtioan to Ed Sheeran's family members.