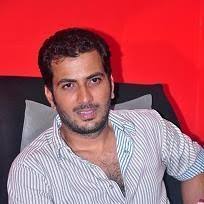 Though Jithan Ramesh will try a lot to maintain good relation with Jithan Ramesh's partners or associates but all in ruin. Growth & new areas might not come as easily. This period will begin with challenges and difficulties. There could be controversy & unnecessary aggression. Sudden losses are also possible. Health problems might disturb Jithan Ramesh. Jithan Ramesh may have to be involved in unprofitable deeds. Try to develop resistance towards odds. A tendency of taking risk should be curbed and all kinds of speculations must be avoided.

Jithan Ramesh are an eternal optimist, and events of the year will further strengthen Jithan Ramesh's optimistic instincts. Jithan Ramesh can do reasonably well if Jithan Ramesh time Jithan Ramesh's investments intelligently based on the best periods hinted for Jithan Ramesh's sign. All round cooperation and happiness can be the reward from Jithan Ramesh's loved ones and associates, victory over opponents and pleasant functions such as marriage or romantic situations parties are also the likely outcomes. Family atmosphere will be quite satisfactory.

A phase of confusion in strategy & misunderstandings with business partners or associates is possible. Major expansion & long term plans should be put on hold. Focus should be on gains from existing sources, throughout the period. It is better to avoid travel as far as possible. Jithan Ramesh's enemies will put their best efforts to harm Jithan Ramesh. Even Jithan Ramesh should be careful about Jithan Ramesh's friends as there are indications of cheating. Take good care of Jithan Ramesh'sself as it may become the reason of anxiety. Health requires special attention as there are possibilities of chonic diseases. Try to be practical in this period. As a matter off act Jithan Ramesh will be inclined towards unproductive pursuits. Loss of money is on the cards. There can be disputes with the characterless persons.