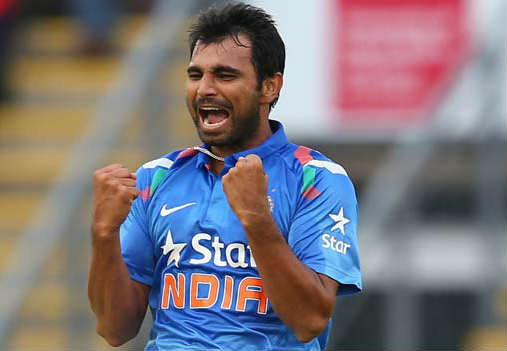 Good harmony and understanding is indicated in family life. This is a good time to expand Mohammed Shami's knowledge, learn something from colleagues. Good relations with friends or foreigners will be fruitful. The will be gain of land. Mohammed Shami will do charitable deeds. Mohammed Shami's children will also be successful and bring happiness to Mohammed Shami. A wonderful life is waiting ahead for Mohammed Shami.

This is the time which will show Mohammed Shami mixed results. Don't overlook minor health related problems because it may turn into a big one. Some diseases that require special attention are ulcer, rheumatism, vomiting, head an eye troubles, pain in joints or injury due to falling of heavy metallic lump etc. Difficult situations may arise in Mohammed Shami's path but don't lose Mohammed Shami's heart in the adversities as Mohammed Shami's self-confidence will work in Mohammed Shami's favor. Dispute with government and senior officials are on the card, so Mohammed Shami are advised to be careful. This is not a favorable time for speculation or taking risks.