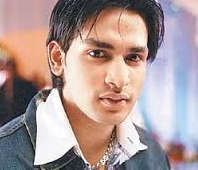 This is a period of financial stability for Naman Shaw. During this period Naman Shaw can work over Naman Shaw's hopes and ambitions and give them a better shape. This is a favorable time for love and romance. Naman Shaw will develop new friendship which will be very rewarding and helpful. Naman Shaw will enjoy respect and honor from learned people and will be quite popular with the opposite sex. Long distance travel is also indicated.

Naman Shaw will get full co-operation from superiors or people in responsible or influential positions. Naman Shaw can make great progress professionally. Naman Shaw might have to shoulder important responsibilities both at the career and domestic fronts. There will be a good opportunity to come into contact with compatible persons in the course of Naman Shaw's official duties/ travels. Naman Shaw will be precious metals, gems and jewelry. Naman Shaw's children will require attention as they will be more vulnerable during this period.

Volatility & some lack of direction in career will prevail as the period starts. Naman Shaw should avoid new projects or major changes in career during this time. Naman Shaw will not be able to cope well with Naman Shaw's friends and relatives. Unwanted situations may arise, which can create fighting, troubles into Naman Shaw's life. Don't adopt undesirable means for quick monetary gains. Working/service conditions shall not be satisfactory. There could be danger of accident/mishap. Try to build up Naman Shaw's confidence to cope with awkward situations which will come in this period. Naman Shaw may have cough problems, asthmatic complaints or rheumatic pains.

This period is surely going to bring all the authority. A foreign connection will serve Naman Shaw well for a considerable duration, and they might just be the source of the extra unexpected income on the cards for Naman Shaw and power that Naman Shaw strive for. Keep up the tempo and believe in Naman Shaw's abilities, the year will see Naman Shaw off in a completely new position. Family atmosphere will be very supporting. A long distance travel will be rewarding. Naman Shaw will take interest in religion and perform charitable deeds.

The period opens with a difficult phase in career. A dip in activity & opportunity will be experienced, although there could be rise in irrelevant activity in career. New investments or risky deals should be avoided as there could be chances of losses. It will not be advisable to commence new project or make new investments. Naman Shaw should avoid getting aggressive with Naman Shaw's superiors. It would be better to use Naman Shaw's own skill and caliber other than thinking of taking help from others. Possiblity of theft or loss of money due to some other means is also there. Take proper care of Naman Shaw'sself and Naman Shaw's family members. Naman Shaw may also receive bad news regarding some one's demise.

Naman Shaw are an eternal optimist, and events of the year will further strengthen Naman Shaw's optimistic instincts. Naman Shaw can do reasonably well if Naman Shaw time Naman Shaw's investments intelligently based on the best periods hinted for Naman Shaw's sign. All round cooperation and happiness can be the reward from Naman Shaw's loved ones and associates, victory over opponents and pleasant functions such as marriage or romantic situations parties are also the likely outcomes. Family atmosphere will be quite satisfactory.

Naman Shaw will be able to maintain good rapport with Naman Shaw's superiors which is very beneficial to Naman Shaw on long run. Loss of position is indicated during this period. Naman Shaw's mind will be full of innovative and creative thoughts, but don't try to apply them without realizing the pros and cons of the situations. Naman Shaw should give more attention to Naman Shaw's domestic life. Travel is on Naman Shaw's cards and would be very rewarding. There are chances of ill health of Naman Shaw's family members so take good care of them as well as Naman Shaw'ss.