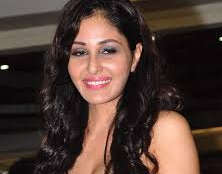 This period would be an excellent stepping stone for growth vertically and a rise on Pooja Chopra's career. There are chances of getting benefits from the associates/partners. Pooja Chopra may be inclined towards earning through unjust means. Pooja Chopra's self-discipline, self-monitoring and control over Pooja Chopra's daily routine will be beneficial to Pooja Chopra. Pooja Chopra's relationship with seniors/ authorities will be very cordial and at the sometime Pooja Chopra's business circle will increase. Health related problems may disturb Pooja Chopra's peace of mind.

This is a very good period coming after a period of difficulties and hardships and at last Pooja Chopra can relax and enjoy the Success and the results of the hard work Pooja Chopra had been doing for a long time. Pooja Chopra's financial luck will be excellent provided Pooja Chopra avoid dubious speculative activities. Travels can bring Pooja Chopra into contact with compatible partners or new friends. Pooja Chopra will befriend with political dignitaries or higher officials. Pooja Chopra will see birth of a son during this period.

There may be some bad news regarding business or new venture. Don't get indulge in taking risks as it is not a very favorable period for Pooja Chopra. Family member's health may cause anxiety. Speculation must be avoided or else they may cause financial losses. Opponents will try to create problems on Pooja Chopra's personal as well as professional front. Stay away from water as there is fear from drowning. Fever and cold will give some health problems.