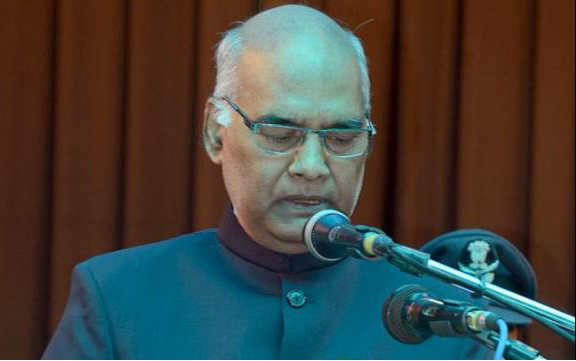 If in a job, the year will begin very aggressively .There will be dynamism & growth. However work environment will remain stressed and there could be controversy & issues with superiors. In general this period is not very good as very close associates, friends and family members may appear distant. Not much change is expected or recommended. Ram Nath Kovind's attitude and habit of using foul language may create tensions with Ram Nath Kovind's near and dear ones. Therefore, try to control Ram Nath Kovind's words.

Don't try to be aggressive in nature because Ram Nath Kovind's aggressiveness can shove Ram Nath Kovind into difficult situations. There will be difference of opinion, quarrels, and fighting with Ram Nath Kovind's friends. So, try to maintain good relations otherwise there is possibility of straining relations with them. There will be ups and downs financially. Lack of harmony and understanding is indicated in family life. There are possibilities of distress from spouse and mother. Care must be taken regarding health. The diseases that require immediate attention are headace, eye, abdominal disease, and swelling of the feet.