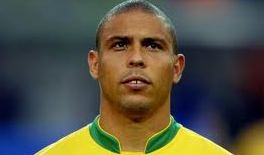 This is not a very adequate period for Ronaldo. Ronaldo's opponents will try to damage Ronaldo's reputation. Ronaldo may have to be involved in unprofitable deeds. Sudden financial loss is on the cards. A tendency of taking risks should be curbed as it is not a very harmonious period for Ronaldo. Dispute on small issues with relatives and friends is on cards. Don't take major decisions otherwise Ronaldo will be in trouble. Beside this, Ronaldo might have to get indulge in thankless job. The period indicates menstrual trouble to ladies, dysentery and eye trouble.

The period opens with a difficult phase in career. A dip in activity & opportunity will be experienced, although there could be rise in irrelevant activity in career. New investments or risky deals should be avoided as there could be chances of losses. It will not be advisable to commence new project or make new investments. Ronaldo should avoid getting aggressive with Ronaldo's superiors. It would be better to use Ronaldo's own skill and caliber other than thinking of taking help from others. Possiblity of theft or loss of money due to some other means is also there. Take proper care of Ronaldo'sself and Ronaldo's family members. Ronaldo may also receive bad news regarding some one's demise.

Ronaldo are an eternal optimist, and events of the year will further strengthen Ronaldo's optimistic instincts. Ronaldo can do reasonably well if Ronaldo time Ronaldo's investments intelligently based on the best periods hinted for Ronaldo's sign. All round cooperation and happiness can be the reward from Ronaldo's loved ones and associates, victory over opponents and pleasant functions such as marriage or romantic situations parties are also the likely outcomes. Family atmosphere will be quite satisfactory.

Hurdles in personal and professional front are seen. Try to handle the difficult situation in a calm and intelligent way because rashness is definitely not going to help Ronaldo in this period. Travel is not beneficial so try to avoid it. Ronaldo will not get full support from Ronaldo's family side. Progeny related problems will be observed during this period. Ronaldo's enemies will leave no stone unturned to harm Ronaldo. Better be bold and sticky to Ronaldo's fair decisions. Stomach ailments may be the cause of anxiety.

Ronaldo will come up with new ideas for dealing with Ronaldo's challenges. Dealings and transactions will work out smoothly and effortlessly for Ronaldo, as Ronaldo score one over Ronaldo's competitors. Income will come for Ronaldo from more than one source. Ronaldo's friends and family will just make Ronaldo's personal life so much richer and more fulfilling. Ronaldo's relations with Ronaldo's clients' associates and other concerned persons will definitely improve as the period rolls on, Ronaldo will buy some luxury items in this period. Overall, a rewarding period for Ronaldo.

This is a good time for self-expression and the use of Ronaldo's creative abilities in various fields. The most unexpected changes could be expected in Ronaldo's work area and in professional activities which are outstanding for Ronaldo. There will be favor from the higher authorities and seniors. Positive changes in Ronaldo's personal and professional life will take place. Ronaldo may gain paternal properties. Ronaldo would surely be successful during this period and see fulfillment of Ronaldo's wishes.

This period would be an excellent stepping stone for growth vertically and a rise on Ronaldo's career. There are chances of getting benefits from the associates/partners. There will be happiness from the opposite sex. Love and romance will be on the rise. There will be gains through trade and foreign travels. Health related problems may disturb Ronaldo's peace of mind. Ronaldo's self-discipline, self-monitoring and control over Ronaldo's daily routine will be beneficial to Ronaldo. Be careful from fever and rheumatic pains. This period also gives indication to ill health to Ronaldo's life-partner.

Success in examinations, or promotion, or increased recognition in occupation is assured. Increased corporation from the family is seen. Help from people who live in faraway places or foreign associates. Ronaldo may get a new assignment which will be very beneficial to Ronaldo. Ronaldo will have tremendous confidence to handle any kind of adverse situation.

During this period Ronaldo will be courageous and rise to a high level. Ronaldo will enjoy conjugal happiness during this time. Ronaldo's contacts with influential people will definitely increase. Ronaldo's opponents will lack conviction and courage to face Ronaldo. Long distance travel is going to be beneficial. For love and romance this is going to be a boon. Ronaldo will be heroic in strife and overcome Ronaldo's enemies. Minor ailment can be seen. Family relation will be quite satisfactory. Though relationship with Ronaldo's children may not be good.