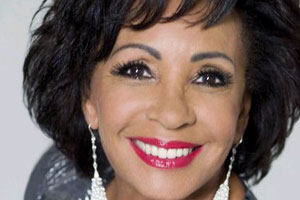 Don't try to be aggressive in nature because Shirley Bassey's aggressiveness can shove Shirley Bassey into difficult situations. There will be difference of opinion, quarrels, and fighting with Shirley Bassey's friends. So, try to maintain good relations otherwise there is possibility of straining relations with them. There will be ups and downs financially. Lack of harmony and understanding is indicated in family life. There are possibilities of distress from spouse and mother. Care must be taken regarding health. The diseases that require immediate attention are headace, eye, abdominal disease, and swelling of the feet.

Success in examinations, or promotion, or increased recognition in occupation is assured. Increased corporation from the family is seen. Help from people who live in faraway places or foreign associates. Shirley Bassey may get a new assignment which will be very beneficial to Shirley Bassey. Shirley Bassey will have tremendous confidence to handle any kind of adverse situation.

This period is marked by the change in place and change in job. Shirley Bassey will suffer due to mental anxiety. Shirley Bassey won't have any peace of mind. Family member's attitude will be quite different. Don't go for big investment because things may not turn up according to Shirley Bassey's expectations. Shirley Bassey's friends and associates shall not keep their promises. Be careful of wicked friends as Shirley Bassey's reputation could be made to suffer on their account. Take care of family's health as the problems related to their health may arise. Do not therefore plan a journey now. Physical ailments are also possible.