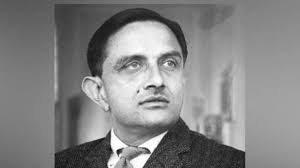 Success in examinations, or promotion, or increased recognition in occupation is assured. Increased corporation from the family is seen. Help from people who live in faraway places or foreign associates. Vikram Sarabhai may get a new assignment which will be very beneficial to Vikram Sarabhai. Vikram Sarabhai will have tremendous confidence to handle any kind of adverse situation.

New projects or higher level of investment should be avoided. If working as a professional, the year will be average mostly. There will be routine hurdles as well as average growth. Vikram Sarabhai will have to wait for real progress. A phase of doubt & uncertainty could come Vikram Sarabhai's way. Making a change is not advised at all & is detrimental to Vikram Sarabhai's interest. A gradual loss of status could be experienced during this period. A sense of insecurity will prevail as far as home affairs are concerned.

Increase of income position and bank balances will improve. This is a good time to start new ventures. This transit indicates new friendships and relationships and gain through them. Previous work, as well as newly starting works will bring good and desired results, Vikram Sarabhai's cherished desires will be fulfilled. Vikram Sarabhai may get into new trade or get new contracts. Help from superiors or people in responsible or influential positions can be expected. Over all prosperity is also indicated in this period. Vikram Sarabhai need to pay special attention to the relationship with Vikram Sarabhai's life-partner and some caution is required there.