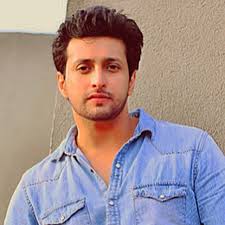 It could be some good period promising some success provided Yash Pandit are willing to work on it. New opportunities will come Yash Pandit's way without Yash Pandit's seeking them consciously. Changes at work-place or at home can be fortunate. Yash Pandit will take decisive steps forward along the path of progress.Â There may be increase in expenditure which needs to be controlled. Yash Pandit will also find Yash Pandit'sself vigourless and berift of confidence.

Increase of income position and bank balances will improve. This is a good time to start new ventures. This transit indicates new friendships and relationships and gain through them. Previous work, as well as newly starting works will bring good and desired results, Yash Pandit's cherished desires will be fulfilled. Yash Pandit may get into new trade or get new contracts. Help from superiors or people in responsible or influential positions can be expected. Over all prosperity is also indicated in this period. Yash Pandit need to pay special attention to the relationship with Yash Pandit's life-partner and some caution is required there.

In this period Yash Pandit will spend more on luxuries and comforts but it would be better if it is checked out. Yash Pandit may face disappointments in love affairs and trouble in family life. Yash Pandit's rivals will try to harm Yash Pandit in each and every possible way so try to be more concerned when dealing with any kind of personal or professional matters. A worry related to health of Yash Pandit's family members is on the cards. Though financially, it is not a bad period but still Yash Pandit should put hold on over expanses. Get proper care of Yash Pandit's own health.