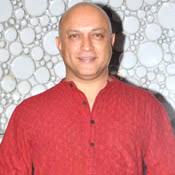 Increase of income position and bank balances will improve. This is a good time to start new ventures. This transit indicates new friendships and relationships and gain through them. Previous work, as well as newly starting works will bring good and desired results, Yatin Karyekar's cherished desires will be fulfilled. Yatin Karyekar may get into new trade or get new contracts. Help from superiors or people in responsible or influential positions can be expected. Over all prosperity is also indicated in this period. Yatin Karyekar need to pay special attention to the relationship with Yatin Karyekar's life-partner and some caution is required there.

If in a job, the year will begin very aggressively .There will be dynamism & growth. However work environment will remain stressed and there could be controversy & issues with superiors. In general this period is not very good as very close associates, friends and family members may appear distant. Not much change is expected or recommended. Yatin Karyekar's attitude and habit of using foul language may create tensions with Yatin Karyekar's near and dear ones. Therefore, try to control Yatin Karyekar's words.