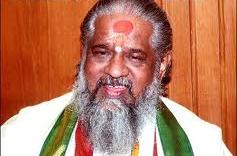 Chandraswami is a controversial Indian tantrik. He is called a Godman by some people. His father came from Behror in Rajasthan and worked as a money lender. He moved to Hyderabad when Chandraswami was a child.

What year was Chandraswami born?

What is Chandraswami's birth date?

What is the nationality of Chandraswami?