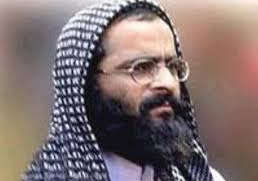 Mohammad Afzal Guru, a citizen of India, was convicted by an Indian court for the December 2001 attack on the Indian Parliament, and sentenced to death by a special Prevention of Terrorism Act Court in 2002....Read more on about Afzal Guru horoscope

A birth chart (also known as kundli, janma kundali, or horoscope) is a map of heaven at the time of birth. Afzal Guru's birth chart will show you Afzal Guru's planetary positions, dasa, rasi chart, and zodiac sign etc. It will also allow you to open Afzal Guru's detailed horoscope in 'AstroSage Cloud' for research and analysis.... Read more on Afzal Guru Birth Chart