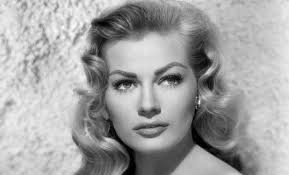 A Swedish American model, actress and cult sex symbol, Anita Ekberg is best known for her role in Federico Fellini film La Dolce Vita as Sylvia. This movie features her legendary scene of cavorting alongside Marcello Mastroianni in Trevi Fountain. She has been the eye candy of many for years. Till now people know her for being one of the most seductive figure in Tinsel town. She married twice in her lifetime and had been into relationship with many big names. ...Read more on about Anita Ekberg horoscope