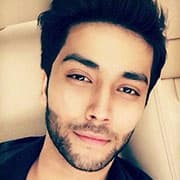 Be careful while dealing with friends, relatives or associates, as chances of disputes are very much there. This will not be a good time for business and there are chances of sudden loss financially. Expenditure on secret activities is possible. Arbaz Merchant may suffer due to mental stress and strain. Injuries and wounds are on the card during this period, so be careful especially while driving.

There will be good luck and good stability of the mind which would help live a positive and easy life at home. Good level of gains could come from spouse. It's an excellent year for travel, higher education, communications, venturing into new enterprises; profession etc. synchronization in family life is secure. This period may bring disagreements and even enemity with hith and kins and relatives. Arbaz Merchant will get good results professionally. Overall the period will be good.