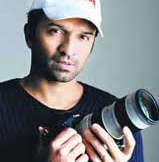 Atul Kasbekar is an Indian fashion photographer. He is recognised for his Kingfisher Calendar shoots. He is the brand ambassador of Carl F. Bucherer watches. Atul was also the honorary chairman of the Photographer's Guild of India....Read more on about Atul Kasbekar horoscope