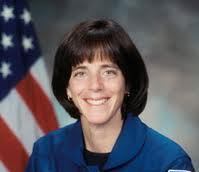 Barbara Radding Morgan is an American teacher and a former NASA astronaut. She participated in the Teacher in Space program as the backup to Christa McAuliffe for the ill-fated STS-51-L mission of the Space Shuttle Challenger....Read more on about Barbara Morgan horoscope