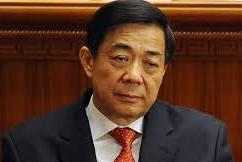 Bo Xilai is a former Chinese politician. He came to prominence through his tenures as the mayor of Dalian and then governor of Liaoning. From 2004 to November 2007, he served as Minister of Commerce....Read more on about Bo Xilai horoscope

A birth chart (also known as kundli, janma kundali, or horoscope) is a map of heaven at the time of birth. Bo Xilai's birth chart will show you Bo Xilai's planetary positions, dasa, rasi chart, and zodiac sign etc. It will also allow you to open Bo Xilai's detailed horoscope in 'AstroSage Cloud' for research and analysis.... Read more on Bo Xilai Birth Chart