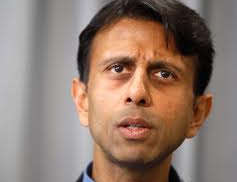 American politician, Governor of Louisiana elected on October 20, 2007. Born to parents who had emigrated from India to the US shortly before his birth, Jindal has become a favorite in the Republican Party. He lost his first bid for governor in 2003 but was elected to Congress in 2004. Three years later he ran for Governor again and won. He is well-liked by voters in his state. Slight of build, he looks younger than his years. A Rhodes scholar, he graduated from Brown University with majors in biology and public policy. Married since 1997 he and his wife have three children. ...Read more on about Bobby Jindal horoscope

Some ups and downs in money matters and position are on the cards for Muntha. There may be heavy financial losses and loss of property. Money matters should be taken care of. Keep Bobby Jindal's temper in check from getting into embarrassing situations as there are chances of disputes with close associates and relatives. Bobby Jindal need to keep a check on Bobby Jindal's health because sickness in on the card. ... Read more on Bobby Jindal 2022 Horoscope