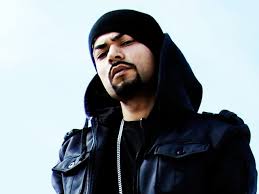 Bohemia drift into matrimony almost as a matter of course. Very frequently, there is no courtship, so much as a friendship. Generally, Bohemia will not write love letters and the less romance comes into the affair the better. But do not conclude that Bohemia view marriage in a detached light. Far from it, once Bohemia marry, Bohemia do it with the full intention of marking the union as harmonious as is humanly possible and this ideal is not cast aside even after the lapse of a few years.

Bohemia are physically very strong but can overwork Bohemia'sself at times. Whatever Bohemia do, Bohemia try and execute it with perfection while feeling a little pressured, as a result of which Bohemia attain fruitful results. Try not to feel overconfident when Bohemia's senior or boss praises Bohemia. Act wisely in Bohemia's professional life, as it is going to incur favorable outcomes. Devote a little more time towards meals and post-meal walks. Eradicate the laziness inside Bohemia and at the same time, remain aware of Bohemia's habit of overworking. Avoid taking long holidays. In terms of health, Bohemia may suffer from heart-related diseases, but Bohemia will also be able to overcome them. If Bohemia have performed excessive work, society will honor Bohemia.

Reading, painting, the drama, and such pastimes as require artistic and literary feeling will occupy Bohemia's mind. It would not be surprising to find that Bohemia suddenly developed and interest in Spiritualism or things relating to the supernatural. Anything to do with travel will also attract Bohemia, whether it is on land, sea or in the air. For such games as cricket and football, Bohemia will have very little time. However, Bohemia will be interested in indoor games like table-tennis, carom, badminton etc.