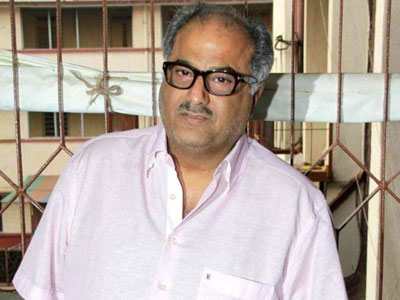 The famous Bollywood film producer, Boney Kapoor was born on 11 November 1953, in Meerut, Uttar Pradesh. The Indian film industry is thankful to Boney, who has produced numerous memorable movies, out of which, “Woh Saat Din”, “Mister India”, “Judaai” “Roop Ki Rani Choron Ka Raja”, “Pukar”, “No Entry”, etc. can be counted amongst the top ones in Bollywood. His father was the renowned film producer, Late Surinder Kapoor, and his brothers Anil Kapoor and Sanjay Kapoor are amongst the leading actors in Bollywood. Father of four, Boney Kapoor married twice. From his first wife, Mona Kapoor, he has two kids – elder son Arjun Kapoor and a younger daughter Anshula Kapoor. He was then married to the celebrated Indian actress, Sridevi, until her death and has two daughters with her, Jahnvi and Khushi Kapoor....Read more on about Boney kapoor horoscope

The position of Muntha is very favorable to Boney kapoor. Just let go and enjoy the happiness that comes Boney kapoor's way. At last Boney kapoor can relax and enjoy the success and the results of the hard work Boney kapoor had been doing for a long time. This period will also bring Boney kapoor in the midst of famous people. Gain from foreign lands will build Boney kapoor's status. Gains from superiors and higher authorities are also indicated. Boney kapoor will get happiness from the life partner and children. There will be religious ceremony at home and name, fame and luck due to that. ... Read more on Boney kapoor 2021 Horoscope