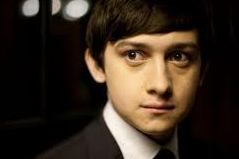 Craig Haydn Roberts is a British actor, born in South Wales. He is best known for playing the lead role of Oliver Tate in Submarine, a coming-of-age comedy-drama, and the character, Rio, in the television series, The Story of Tracy Beaker....Read more on about Craig Roberts horoscope