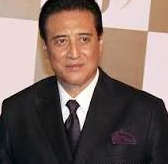 Tshering Phintso "Danny" Denzongpa is an Indian actor of Sikkimese-Bhutia descent, working in Bollywood films though he has appeared in several Nepali, Telugu and Tamil films as well....Read more on about Danny Denzongpa horoscope