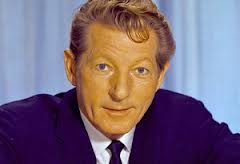 Danny Kaye was a renowned American actor, dancer, singer and comedians. He was best known for his performances like rapid fire non-sense songs, physical comedy and idiosyncratic pantomimes. Apart from this, he was a great hobbyist. In his later years, he started cooking and specialized in Chinese and Italian cuisines. Danny was also an aviation enthusiast and seriously started learning flying in 1959. Apart from this, he was the partner of Lester Smith owning a baseball’s Seattle Mariners from 1977 to 1981. Additionally, he was the member of many academic and other societies. He was an active socialist....Read more on about Danny Kaye horoscope

A birth chart (also known as kundli, janma kundali, or horoscope) is a map of heaven at the time of birth. Danny Kaye's birth chart will show you Danny Kaye's planetary positions, dasa, rasi chart, and zodiac sign etc. It will also allow you to open Danny Kaye's detailed horoscope in 'AstroSage Cloud' for research and analysis.... Read more on Danny Kaye Birth Chart