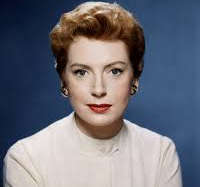 Deborah Jane Kerr was a Scottish television and film actress. She was an affluent actress known for her work. She won a Golden Globe Award for the motion picture The King and I, and Sarah Siddons Award for the role of Laura Reynolds performed in Chicago for Tea and Sympathy. She originated the role of Reynolds on Broadway. Additionally, she was the three time winner for being the Best Actress in New York Film Critics Circle Award. Not only this, she also won BAFTA, honorary Academy and Cannes Film Festival Awards. ...Read more on about Deborah Kerr horoscope