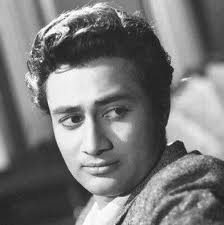 Dev Anand was not an actor but was an institution itself. This is said by the artists who have worked with him. He was a livewire. He never gave up in whatever difficults he is undergoing. Having acted in the films for more than five decades, he continued to sprinkle his magic till his death. This actor gave a new dimension to the indian film industry. For his exemplary work in Indian cinema, he was also awarded Padma Bhushan due to his extraordinary talent. He won two filmfare awards for his role in the film “Kala Paani” in the year 1958 and also for the film Guide in the year 1966....Read more on about Dev Anand horoscope

A birth chart (also known as kundli, janma kundali, or horoscope) is a map of heaven at the time of birth. Dev Anand's birth chart will show you Dev Anand's planetary positions, dasa, rasi chart, and zodiac sign etc. It will also allow you to open Dev Anand's detailed horoscope in 'AstroSage Cloud' for research and analysis.... Read more on Dev Anand Birth Chart