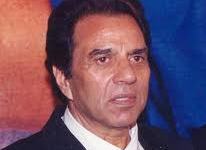 The bollywood actor Dharmendar was first noticed in a spot the talent contest organised by Filmfare. In the early stages of his career, he was usually given the role of a romantic hero. One of its first major film was “Phool Aur Patthar”. He has also acted in comedy films like “Chupke Chupke” which was called as a Masterpiece directed by Hrishikesh Mukherjee. He became popular in the era of 1970’s with his action movies. He had also some connections with the politics at one time, but due to his disinterest towards this, he quit it. Already married to his first wife Prakash Gaur, he married to Hema Malini who is known as “Dream Girl”. He has two sons Sunny Deol and Bobby Deol. Now he is totally involved in making films under his production house....Read more on about Dharmendra horoscope

Some ups and downs in money matters and position are on the cards for Muntha. There may be heavy financial losses and loss of property. Money matters should be taken care of. Keep Dharmendra's temper in check from getting into embarrassing situations as there are chances of disputes with close associates and relatives. Dharmendra need to keep a check on Dharmendra's health because sickness in on the card. ... Read more on Dharmendra 2022 Horoscope

A birth chart (also known as kundli, janma kundali, or horoscope) is a map of heaven at the time of birth. Dharmendra's birth chart will show you Dharmendra's planetary positions, dasa, rasi chart, and zodiac sign etc. It will also allow you to open Dharmendra's detailed horoscope in 'AstroSage Cloud' for research and analysis.... Read more on Dharmendra Birth Chart