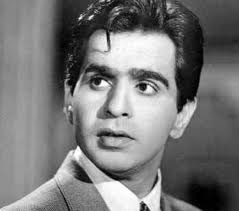 Dilip Kumar was one of the greatest actors to ever shine on the big screen. His unique style of acting made him one of the greatest actors and the newcomers got inspired from him. The actor ran away from his home to Pune after having a small tiff with his father. He began working in a British Army canteen there and did small works there. In the 40’s yousuf as it was his original name was introduced in the film industry by the leading actrss Devika Rani who was very popular at that time. In the 50’s and some part of 60’s he saw his career reaching at the peak. He acted along with Raj Kapoor and Dev Anand and got fimare awards for his role in the film Daag in 1953 and also in Devdas (1956), Naya Daur(1957), Azad (1955) etc. He was also called as “Tragedy King” of Indian cinema because of his serious acting in many films.He got married to beautiful actress Saira Banu. He still creates magic at whatever event he makes his presence. He is a charismatic persona in the Indian film Industry....Read more on about Dilip Kumar horoscope

Some ups and downs in money matters and position are on the cards for Muntha. There may be heavy financial losses and loss of property. Money matters should be taken care of. Keep Dilip Kumar's temper in check from getting into embarrassing situations as there are chances of disputes with close associates and relatives. Dilip Kumar need to keep a check on Dilip Kumar's health because sickness in on the card. ... Read more on Dilip Kumar 2021 Horoscope

A birth chart (also known as kundli, janma kundali, or horoscope) is a map of heaven at the time of birth. Dilip Kumar's birth chart will show you Dilip Kumar's planetary positions, dasa, rasi chart, and zodiac sign etc. It will also allow you to open Dilip Kumar's detailed horoscope in 'AstroSage Cloud' for research and analysis.... Read more on Dilip Kumar Birth Chart