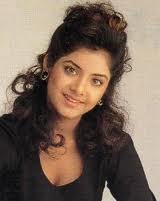 Divya Bharti was considered a popular Indian film actress in the 1990s. Telugu Film director Mr. D. Rama Naidu gave her first chance in the movie “Bobbili Raja” which was released in the year 1991. This film was a huge hit.Three of her successive films were super hit and she was taken by the people as a big star. Then she shifted to hindi film industry and when she was about to become the next big thing in bollywood, she was found dead mysteriously in front of her building. It was found that she was fallen from the fifth floor of the building. The death itself was a mysterious one. Some people had a speculation that she had either pushed or fell down as she was under intoxication. However, the police couldn’t trace any evidence of the foul play behind her death....Read more on about Divya Bharti horoscope