Emperor Of Japan HirohitoPhotos, Pictures, Pics, and Images for Phrenology 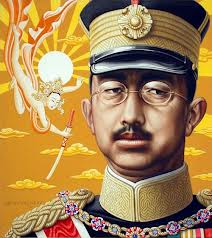