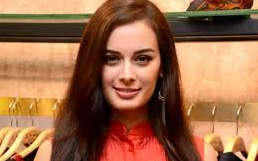 Evelyn Sharma is a half-Indian German model and actress who appears in Bollywood films. She made her film debut playing the role of Lubaina Snyder in the 2012 Bollywood film From Sydney with Love....Read more on about Evelyn Sharma horoscope