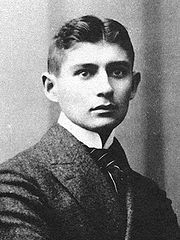 Franz Kafka was a German-language writer of novels and short stories, regarded by critics as one of the most influential authors of the 20th century. Kafka strongly influenced genres such as existentialism....Read more on about Franz Kafka horoscope

A birth chart (also known as kundli, janma kundali, or horoscope) is a map of heaven at the time of birth. Franz Kafka's birth chart will show you Franz Kafka's planetary positions, dasa, rasi chart, and zodiac sign etc. It will also allow you to open Franz Kafka's detailed horoscope in 'AstroSage Cloud' for research and analysis.... Read more on Franz Kafka Birth Chart