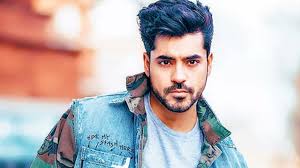 Since Gautam Gulati like to unite both sides of an argument, law and justice would be good fields for Gautam Gulati. Gautam Gulati could also do well as labour mediator and any other positions in industry where Gautam Gulati are called upon to create and maintain peace and harmony. Try to stay clear of profession which require instant and constant decision, because Gautam Gulati find difficulty in making them quickly.

There are many remunerative occupations which might engage Gautam Gulati's energies profitably. Gautam Gulati's aptitude for making plans fits Gautam Gulati for a whole host of businesses and trades where originality counts and this applies just as much to women as to men. Trained in another direction, the same quality would help in organising. Thus, Gautam Gulati's are eminently fitted for directing the details of large commercial concerns. What Gautam Gulati should avoid are all those jobs which are the same year in, year out, and where one day's work is merely a repetition of another. Routine jobs are not for Gautam Gulati.