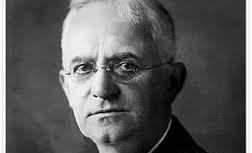 George Eastman was an American innovator and entrepreneur who founded the Eastman Kodak Company and invented roll film, helping to bring photography to the mainstream....Read more on about George Eastman horoscope