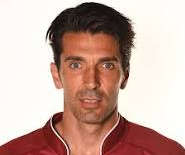 Gianluigi "Gigi" Buffon, Ufficiale OMRI, is an Italian goalkeeper who plays for and captains both Serie A club Juventus and the Italian National Team....Read more on about Gianluigi Buffon horoscope