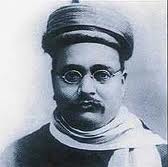 Gopal Krishna Gokhale was considered to be one of the most important social and political leaders of the Indian Independence Movement against the Indian British Empire. He was known to be a senior leader of the Indian National Congress and also the founder of a group called â€˜Servants Of India Societyâ€™. Gokhale not only promoted full independence from the British Empire, but also advocated a need for the social reforms. Gokhale was also a believer of non-violence....Read more on about Gopal Krishna Gokhale horoscope