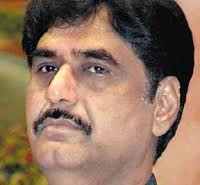 Gopinath Pandurang Munde was an Indian politician from Maharashtra. He was a senior leader of the Bharatiya Janata Party (BJP) and Rural Development Minister in Modi's Cabinet. He was a Member of Legislative Assembly (MLA) for five terms during 1980-1985 and 1990-2009. He was also the Leader of Opposition in Maharashtra Legislative Assembly during 1992-1995. He has held the post of Deputy Chief Minister of Maharashtra in 1995-1999.Munde was elected to Lok Sabha in 2009 and 2014, and served as the Deputy Leader of the BJP in the Lok Sabha. He was appointed as the Union Minister for Rural Development and Panchayati Raj in Narendra Modi's cabinet. He died in a Car Accident followed by Heart Attack in New Delhi while he was on the way for Mumbai on 3rd June 2014...Read more on about Gopinath Munde horoscope