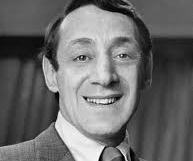 Harvey Bernard Milk was an American politician who became the first openly homosexual person to be elected to public office in California and the United States when he won a seat on the San Francisco Board of Supervisors....Read more on about Harvey Milk horoscope

A birth chart (also known as kundli, janma kundali, or horoscope) is a map of heaven at the time of birth. Harvey Milk's birth chart will show you Harvey Milk's planetary positions, dasa, rasi chart, and zodiac sign etc. It will also allow you to open Harvey Milk's detailed horoscope in 'AstroSage Cloud' for research and analysis.... Read more on Harvey Milk Birth Chart