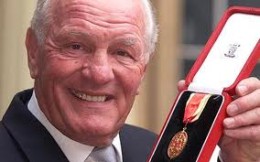 Sir Henry Cooper OBE KSG was an English heavyweight boxer known for the effectiveness of his left hook, "Enry's 'Ammer", and his knockdown of the young Muhammad Ali....Read more on about Henry Cooper horoscope