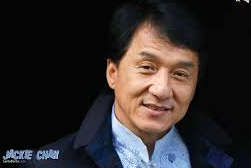 Jackie Chan was born on 7 April 1954, in British Hong Kong, as Chan Kong-sang, to Charles and Lee-Lee Chan, refugees from the Chinese Civil War. He was nicknamed Pao-pao Chinese: ?? ("Cannonball") because the energetic child was always rolling around.[4] His parents worked for the French ambassador in Hong Kong, and Chan spent his formative years within the grounds of the consul's residence in the Victoria Peak district...Read more on about Jackie Chan horoscope

A birth chart (also known as kundli, janma kundali, or horoscope) is a map of heaven at the time of birth. Jackie Chan's birth chart will show you Jackie Chan's planetary positions, dasa, rasi chart, and zodiac sign etc. It will also allow you to open Jackie Chan's detailed horoscope in 'AstroSage Cloud' for research and analysis.... Read more on Jackie Chan Birth Chart