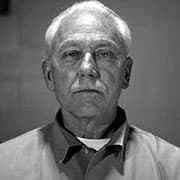 Jeffrey Robert MacDonald, is an American convicted in 1979 for the murders of his pregnant wife and two daughters in February 1970. At the time of the murders, MacDonald was a U.S. Army officer, medical doctor, and practicing physician....Read more on about Jeffrey MacDonald horoscope