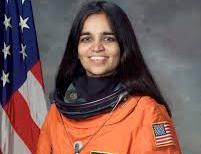 Kalpana Chawla was born in Karnal, India. She was the first Indian-American astronaut and first Indian woman in space. She first flew on Space Shuttle Columbia in 1997 as a mission specialist and primary robotic arm operator....Read more on about Kalpana Chawla horoscope