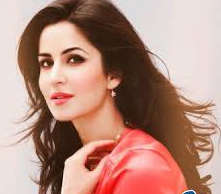 Katrina Kaif is a famous Bollywood actress. She was born in Hong Kong on July 16, 1984. Katrina Kaif is one of eight siblings, all girls, from a mother who is a Caucasian of British Nationality, and a father who was from Kashmir, India. She spent subsequent years in Hawaii, and then in London, Britain. Bollywood star Katrina Kaif started modeling accidentally when she was in Hawaii at the tender age of 14, when she was approached for a jewelry campaign. Continuing to model was the reason she got her break in a Bollywood movie "Boom" offered by none other than film-maker Kaizad Gustad. Katrina Kaif was flooded with modeling assignments the minute she set her foot on Indian soil, especially with her innocent expressive face, hour-glass figure, and drop-dead gorgeous looks. Salman Khan and Katrina Kaif may have parted ways long time back but the two are always there for each other when either one is in need. What does the coming years hold in store for her according to astrology lets find out....Read more on about Katrina Kaif horoscope