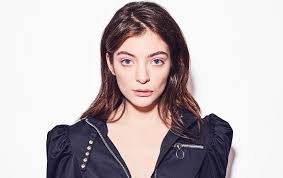 Since Lorde like to unite both sides of an argument, law and justice would be good fields for Lorde. Lorde could also do well as labour mediator and any other positions in industry where Lorde are called upon to create and maintain peace and harmony. Try to stay clear of profession which require instant and constant decision, because Lorde find difficulty in making them quickly.

Lorde have, above all, a facility for putting thoughts into eloquent words. Thus, Lorde would do admirably as a journalist, a lecturer or even as a traveller salesman. Never would Lorde be at a loss for something to say. This quality would fit Lorde for a teacher also. But, when Lorde's impatient moods overtake Lorde, Lorde would fare badly. In almost any occupation requiring quick thinking, Lorde will succeed very well. But, it must not be monotonous work or Lorde will prove an utter failure. Lorde like change and variety, so that any job which takes Lorde up and down the country or to some far-flung outpost, will be suitable for Lorde. Lorde will fare better as Lorde's own master than when working for somebody else. Lorde want to come and go when Lorde like and, to be able to do this, Lorde must be Lorde's own master.

Financial conditions will be very contradictory for Lorde. Lorde will have runs of luck to be followed by equal periods of reverses when nothing will appear to go right. Lorde should avoid speculation and gambles of all kinds and hold Lorde's inclination for extravagance well in check. Lorde also come under peculiar and other uncertain conditions in the matter of finance. Lorde may gain money in fits and starts, but Lorde will not be likely to keep it. Lorde's ideas are liable to be too advanced for the generation, Lorde will live in. Lorde will have a desire for indulging in speculation, but as a rule, Lorde will be disposed to back the underdog. Lorde's best chances in relation to the new ideas are, such as electric inventions, wireless, radio, T.V., cinemas and unusual building or construction work, also in literature or highly imaginable creations.