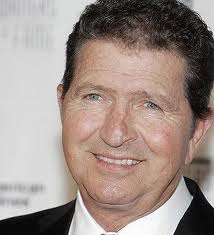 Mac Davis will not be happy in any occupation that is humdrum and safe. As long as every day brings its fresh set of problems to be solved and surmounted, Mac Davis will be satisfied. But anything with a spice of danger or intrepidity in it will please Mac Davis even more. Some examples of this type of profession are : surgeon, construction engineer, top management posts. A surgeon would appeal to Mac Davis because people's lives and Mac Davis's own reputation depend upon Mac Davis's actions. A construction engineer has to overcome exceptional difficulties in building, say, a mighty bridge. What we meant to say is that any job which require very high caliber and have some spice of danger is suitable for Mac Davis.

In matters of finance Mac Davis will be fortunate and will be likely to acquire considerable wealth. Mac Davis will be careful in speculation, investing Mac Davis's money in solid concerns and in building up industry and business. As a rule, Mac Davis will be more lucky in money matters than otherwise, having much given to Mac Davis and meeting great opportunities. If Mac Davis had to go into business Mac Davis would make a success of enterprises connected with the luxurious side of life more than any other, such things as the decorations of homes, millinery, dresses and flower shops, the catering of food, restaurants or hotels. Mac Davis's class of brain is of a very clever order but so quick and versatile that Mac Davis would tired easily of any routine or monotonous life.